To defend against physical attack where the grid is vulnerable to disruption, Avail introduced ArmArrest™ with multiple design options for various applications including data centers, power distribution centers, control centers, and transmission stations. 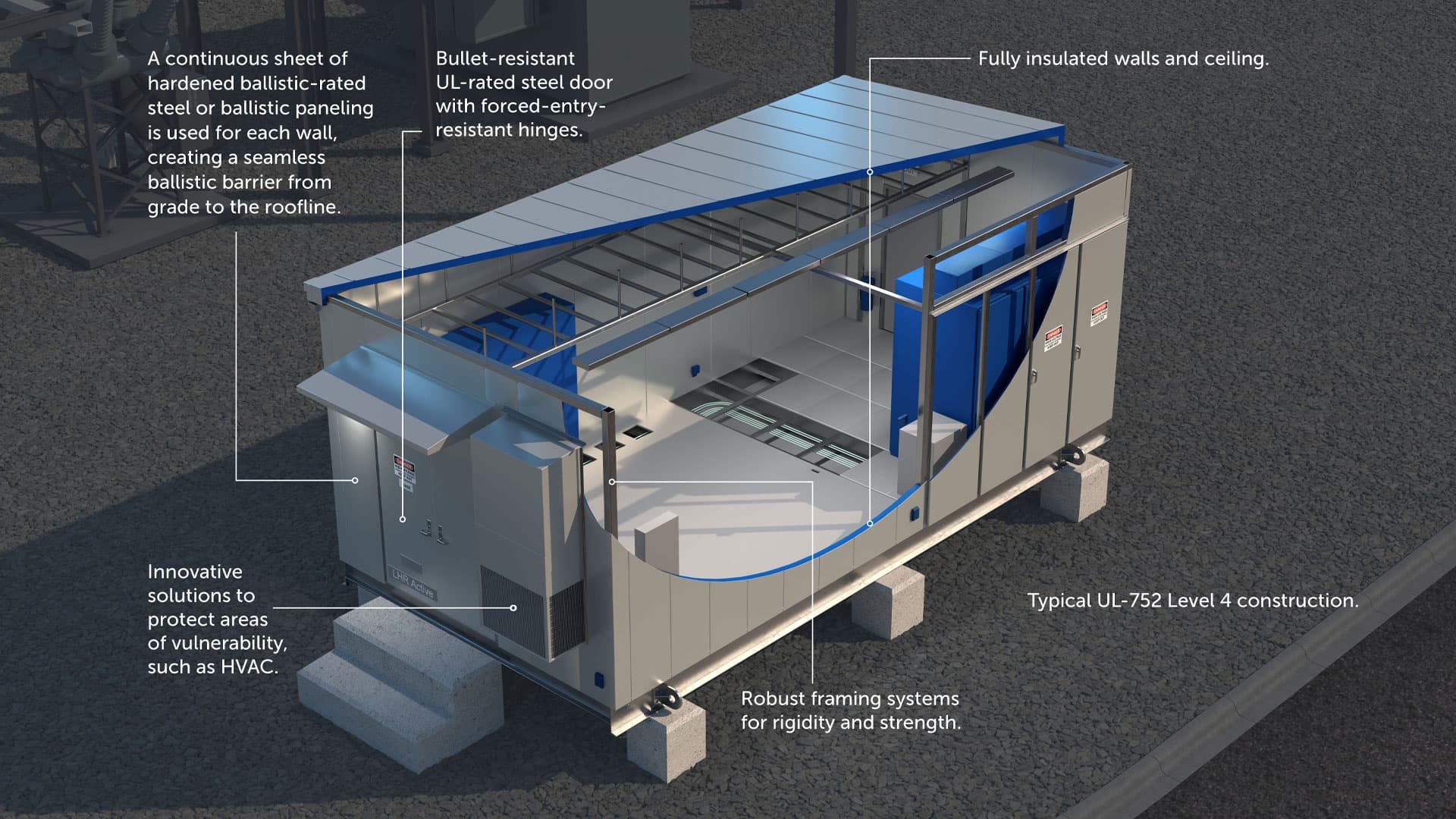 Utilities in the United States

The United States’ power generation and transmission system is comprised of three interconnected grids consisting of a wide variety of participants including independent producers, utilities, cooperatives, suppliers and agencies with countless assets serving hundreds of millions of users. According to the US Energy Information Administration (EIA), approximately “4,127 billion kilowatt-hours (kWh) of electricity were generated at utility-scale electricity generation facilities in the United States.”[1] Each of these entities carry responsibility for safeguarding the vast array of assets and manage risks.

Security threats against the grid system can have devastating consequences to community welfare and various economies.  Due to the increasing hazards, the National Infrastructure Protection Plan (NIPP) was developed by the U.S. Department of Homeland Security (DHS) to manage risk, resiliency and security in critical infrastructures across a number of sectors.[2] Utility security is an integration of national security to reduce vulnerability, deter threats, and minimize the consequences of attacks and other incidents.

One particular risk for prevention is physical attack on critical assets.  Following a 2013 shooting attack that disabled and/or destroyed numerous electrical transformers that supply power to Silicon Valley, the CIP-014 standard was issued by NERC. The North American Electric Reliability Corporation (NERC) is a not-for-profit international regulatory authority whose mission is to assure the effective and efficient reduction of risks to the reliability and security of the grid.[3]  The standard’s purpose is to identify and protect transmission stations and transmission substations, that if rendered inoperable or damaged as a result of a physical attack could result in widespread instability, uncontrolled separation, or cascading within an Interconnection. Success of critical infrastructure protection (CIP) initiatives relies on robust and significant partnerships built between utilities, agencies, and suppliers. Avail developed a flexible and robust design that provides a superior alternative to concrete buildings.

To defend against physical attack where the grid is vulnerable to disruption, Avail introduced ArmArrest™ with multiple design options for various applications including data centers, power distribution centers, control centers, and transmission stations. The standard ArmArrest design materials meet the UL-752 level 4 rating used to form bullet-resisting barriers which protect against armed attack but can be customized to meet level 8 ratings. These standard materials include bullet-resistant steel door with forced entry resistant hinges, completely welded ballistic barriers from grade to roof, and corrosion resistance throughout the paintable surfaces. ArmArrest also includes robust steel framing systems and proprietary solutions for exposed areas such as HVAC. As always, Avail’s ArmArrest enclosures come factory assembled, wired and pre-tested to minimize on-site assembly and associated delays. Now is the time to modernize and protect your critical infrastructure with the strength, resistance, and efficiency of ArmArrest.

As one of the largest and most experienced specialty enclosure manufacturers in North America, Avail Enclosure Systems is ready to serve your specific needs.  From the harshest environments to the most unique applications, our quality and custom-engineered enclosure systems keep equipment at peak performance and extend operating life. Learn more about our engineered enclosure solutions.

To receive a quote or request additional information, please complete the form below and we will contact you as soon as possible. Fields marked with an asterisk (*) are required.

Sign up to receive the latest news from Avail Infrastructure Solutions 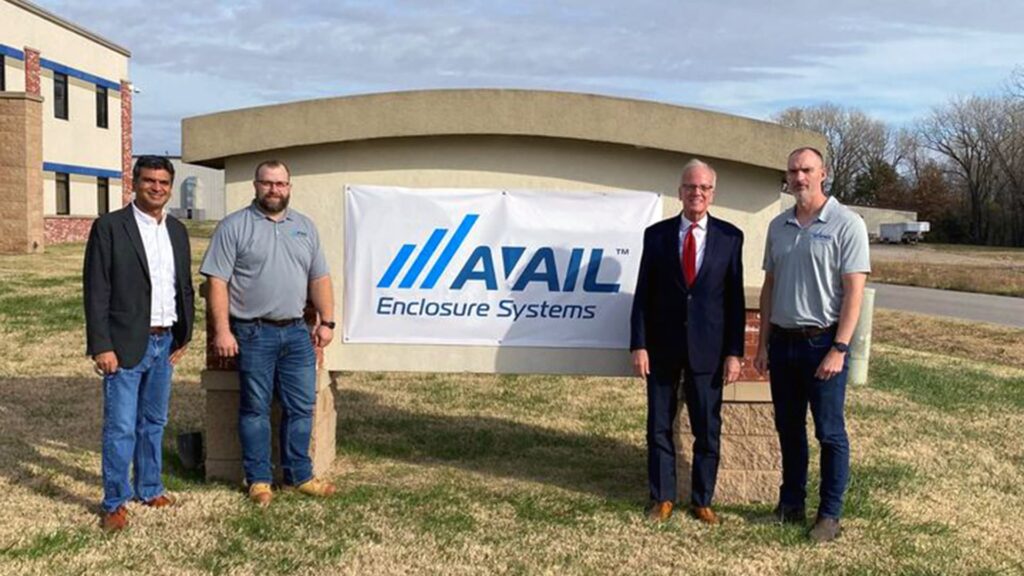 The senator and his team expressed their strong support for our operations.

We use cookies on our website to give you the most relevant experience by remembering your preferences and repeat visits. By clicking “Accept”, you consent to the use of ALL the cookies. If essential cookies are disabled, the website may not function properly.
Do not sell my personal information.
Cookie SettingsRead MoreReject AllAccept
Manage consent

This website uses cookies to improve your experience while you navigate through the website. Out of these, the cookies that are categorized as necessary are stored on your browser as they are essential for the working of basic functionalities of the website. We also use third-party cookies that help us analyze and understand how you use this website. These cookies will be stored in your browser only with your consent. You also have the option to opt-out of these cookies. But opting out of some of these cookies may affect your browsing experience.
Necessary Always Enabled
Necessary cookies are absolutely essential for the website to function properly. These cookies ensure basic functionalities and security features of the website, anonymously.
Functional
Functional cookies help to perform certain functionalities like sharing the content of the website on social media platforms, collect feedbacks, and other third-party features.
Performance
Performance cookies are used to understand and analyze the key performance indexes of the website which helps in delivering a better user experience for the visitors.
Analytics
Analytical cookies are used to understand how visitors interact with the website. These cookies help provide information on metrics the number of visitors, bounce rate, traffic source, etc.
Advertisement
Advertisement cookies are used to provide visitors with relevant ads and marketing campaigns. These cookies track visitors across websites and collect information to provide customized ads.
Others
Other uncategorized cookies are those that are being analyzed and have not been classified into a category as yet.
SAVE & ACCEPT
Share This